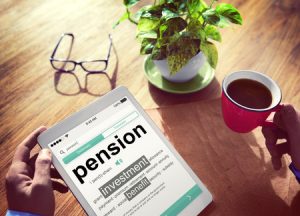 Pensions and retirement plans are frequently a source of dispute in contested divorce cases. A common solution in dividing pension plans or other retirement assets is that the non-vested spouse receives a pro rata share of the marital portion of the pension. For example, Wendy starts working in 1990, in 2000 she marries Harry, and in 2010 Wendy and Harry divorce. Wendy and Harry decide that Harry will receive half of the marital share of the pension. That means Harry will get half of whatever was earned/contributed in the pension for the time period the couple was married, in this case half of the pension from 2000-2010.

Whether the Court decides the issue, or the parties resolve the issue as part of a settlement agreement, an Order will be necessary directing the administrator of the pension/retirement plan to distribute funds to someone other than the account holder. These Orders are typical referred to as “Qualified Domestic Relations Orders”, or QDRO’s for short.

Each plan’s administrator may require different provisions so it is important to check with the plan administrator ahead of time to see what is necessary in the QDRO to avoid the time and expense of resubmitting the Order. For example, the Federal government’s Office of Personnel Management (OPM) has specific language it prefers for Order’s to use. Orders to OPM are also titled as Court Orders Acceptable for Processing (COAP) not QDRO’s because of exemptions to the Employee Retirement Security Act. The costs associated with QDRO’s should also be considered. Some administrators require a review fee to make sure the draft QDRO is compliant with their own in house regulations.

The level of complexity in determining how to divide retirement assets, and the correct procedure for doing so, requires proper planning and knowledge of both law and the administrator’s internal regulations.