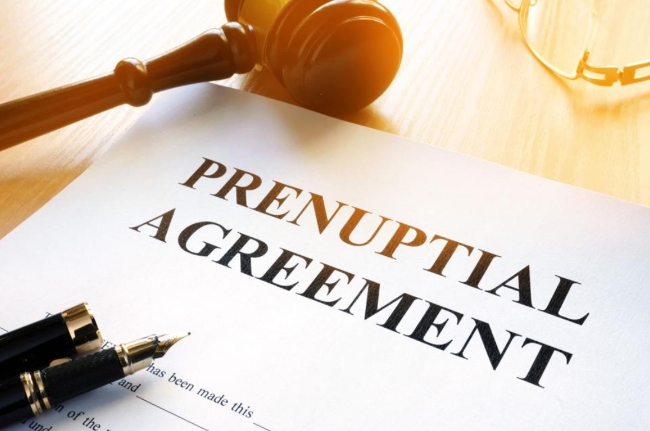 The use of prenuptial agreements is an important tool to protect you and your fiancé from the uncertainties that arise in a divorce case if you separate or divorce in the future. It is much easier to negotiate the contents of the marital agreement prior to a marriage, then it is to negotiate the financial terms of a divorce particularly if the relationship has ended in acrimony. Our Washington DC Marital Agreements Lawyer can walk you through everything you need to know about getting a prenuptial agreement that covers all the right topics and complies with the laws of Washington, DC governing marital agreements.

What is in a Washington DC Marital Agreement?

A marital agreement, or prenuptial agreement, is a contract entered into between two parties who are about to get married that outlines the financial rights and responsibilities of each party if the couple separates or divorces. The marital agreement becomes effective upon the marriage, and if the parties never marry then the contract is not valid. A Washington, DC Marital Agreement can incorporate things such as how to deal with assets and debts acquired prior to the marriage, how to deal with assets and debts acquired during the marriage, whether items such as wages and income will be considered separate or joint property, what to do with retirement benefits earned or accrued during the marriage, how to treat inheritances, trusts, gifts and other bequests, and whether or not alimony or spousal support will be paid in the event of a divorce or separation. There also several other items that can be included in a Washington DC Marital Agreement so long as the terms do not violate public policy. For example, A prenuptial agreement cannot validly make determinations regarding child custody and child support.

In order for a marital agreement in Washington, DC to be valid, it must comply with certain requirements set forth in D.C. Code Chapter 46. The requirements include:

What is the Process for Getting a DC Marital Agreement?

The first step is to determine what topics are going to be included in the Washington DC Marital Agreement. Some examples are those listed above, and anything else unique to your situation. Sometimes the determination is made through conversations with your fiancé, and other times you can talk with a DC Marital Agreements Lawyer to determine what topics would be appropriately covered by your specific situation. Once you have decided what should be included, then you can start negotiating the specific substance of those items. For example, some people agree that each party’s retirement benefits and savings will remain totally their own in the event of a divorce or separation. In some instances, you and your partner can determine these specifics for all the items to be covered beforehand. In that case, a Washington DC Marital Agreements Lawyer can draft the document to make sure the contract complies with all contract law, the DC Code, and accurately conveys the wishes and intentions of the parties, or review the contract with the client to make sure of the same. The parties also will exchange enough information to make sure that they are both knowledgeable about the assets and financial obligations of the other.